KABUL (Pajhwok): Social media rumors that claim Turkish President RecepTayyibErdogan has provided military equipment to Marshal Abdul Rashid Dostum who will soon return to the country with the equipment are incorrect.

On June 21, some social media activists claimed that Turkish President Erdogan had provided military equipment to Marshal Dostum and the equipment would be soon delivered to Afghanistan. 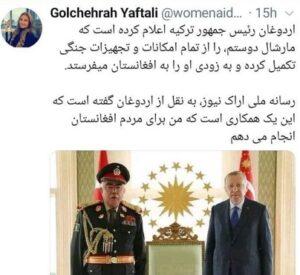 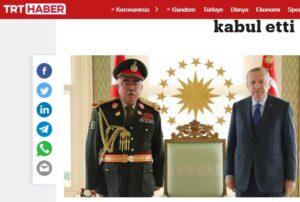 He said: “His Excellency visits Turkey two or three times in a year for medical checkup. The military equipment news is propaganda but there is no doubt that we have strong relationship with Turkey and President Erdogan. Turkey also supports Afghanistan and if we demand military support they will surely provide it. Currently, there is nothing that Turkey will support us militarily or it has provided military equipment to us. We also had not demanded military support.”

This issue was shared with Turkish embassy in Kabul through an e-mail but no response was received. Official Turkish sources also did not speak in this regard.

This propaganda is spreading at a time when the Taliban have intensified their attacks and captured more than 60 districts in the past one month.

For example, in Jawzjan province which is a stronghold of Marshal Dostum, only one district and Shiberghan, the provincial capital, are with the government and the remaining 11 administrative units are in the Taliban control.

This happens at a time when Marshal Dostum always challenged the Taliban and often visited battleground in military uniform to give necessary direction to militia forces.

Mesharano Jirga member and Marshal Dostum’s daughter Rahela Dostum one week earlier published a photograph of Marsha Dostum on her Facebook page and wrote: “My father Marshal Dostum in the line of fire against the enemy of this land.” 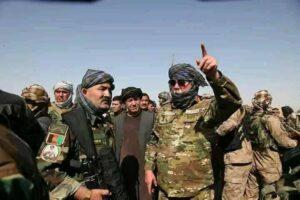